So what we have here
a brand new builds of iso

Arch mirror is not updated

Use reflector-simple
To sort mirror

Hello. Congrats on all your collective hard work – the passion shows.

Wrt my new VM made from garuda-kde-ultimate-200726-linux-zen.iso: I have not yet begun investigating this, but initially wanted simply to alert you.

I entered the Latte-Dock Settings in order to remove the Simple Menu [i have never liked this, & always prefer the *Cascading Menu*]. This error message shows up:

Layout garuda is broken! Please remove it to improve stability…

You can safely ignore that message

We have four layouts

Yes thanks. I’d already found those other choices, clever of you. Yes LD seems to be working ok, it’s simply that i thought you might like to know of the error message.

My previous posts were for the VM i created from the Full ISO. This post is for my second Garuda VM, this time from garuda-kde-lite-200726-linux-zen.iso.

This is my eventual UEFI-GPT:

I’d like to suggest that Calamares could benefit from a small clarification / correction, to save less experienced people a bit of confusion & potential failed installation.

Carefully note this message from Calamares:

Now i believed that was wrong, but i chose to play along to see what would happen… ie, i did only set the mount as /boot despite my belief it should be /boot/efi. So then, next:

Ie, now Calamares agrees with me, but contradicts itself. I went back & changed to:

after which installation completed ok & the subsequent reboot into the new system was successful.

My concern is that a new user might not know which Calamares message to believe & act upon. Tidying this up would be better.

Very true - and not the only little thing with Calamares either! One of my pet peeves with it is that labels (neither partition nor file system) are shown when setting up. I have fielded a few oopses from that… not to mention having had to go back and see what I created beforehand and/or even write it down…

The day my pet rock died was very sad. I thought about getting a pet peeve instead, but i was just too upset.

You’ve talked me into it – now i feel excited again! I really hope they are available in poiple.

Probably - but do they have eagle fledglings?

There’s just so much that i don’t know! To console myself a little… 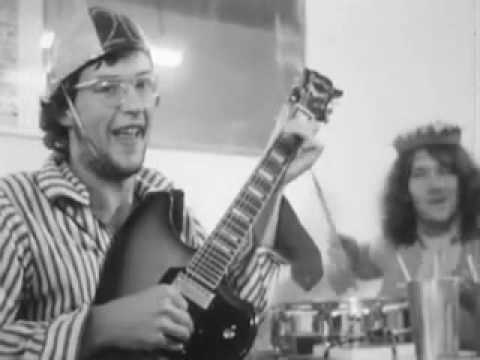 but in my opinion lite version is still too much bloated

With what, may I ask?
Which DE?

With Unneded apps … in my philosophy is needed in lite version basic dde with some cool extra like a widgets what u have in xfce for example and with clasic apps like a web browser , media player (i like mpv) image browser … i have arch with gnome-shell gnome-control-center and some usefull aps and i dont have more than 700 packages btw i like u have zsh as default with optimus manager …

Well, you can never please everybody but it is relatively easy to create your own version.
Take desktop-packages and remove everything you don’t need and build your own Garuda Linux. Done.
We can’t do this for everyone individually, especially since they remain general and don’t provide a listing.

MY MY just learn to install Vanilla Arch Linux and your wish will come true and nobody to blame but yourself if its bloated or to lite,
O wait if you did that you would not have anybody to blame for your unreasonable requests, Lol